The Pawn by Magnetic Scrolls, Remastered & Released for Desktop PCs

This week we've released desktop versions of The Pawn Remastered on Itch.io. Versions are available for Windows, Mac and Linux.

These are playable now, but there are several requested features that we'd like to add. For example, people have asked for a game specific word completion in the text entry box. This is an excellent idea, and I'd like to add it.

The games have a built-in version check, so they will notify you if a new version is available. Once you have access to the Itch page, you can download any and all the versions and any additional material we put there, including updates.

As part of my Trove #2 recovery, I scanned some old press reviews of The Pawn, so here they are for you.

The Pawn was the cover story for C&VG, pictured above. The full review was posted earlier by Rob Steggles, you can read it here. 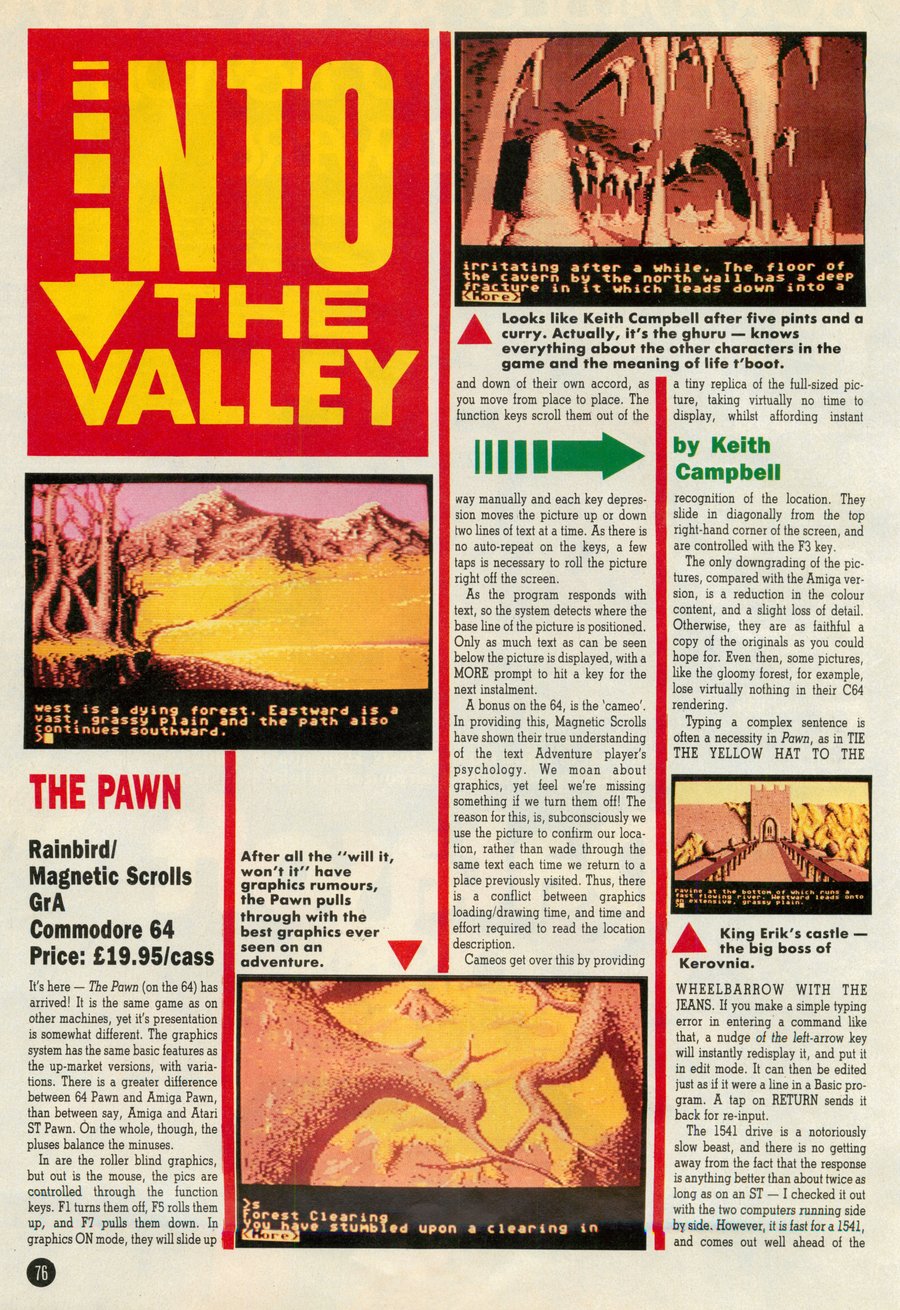 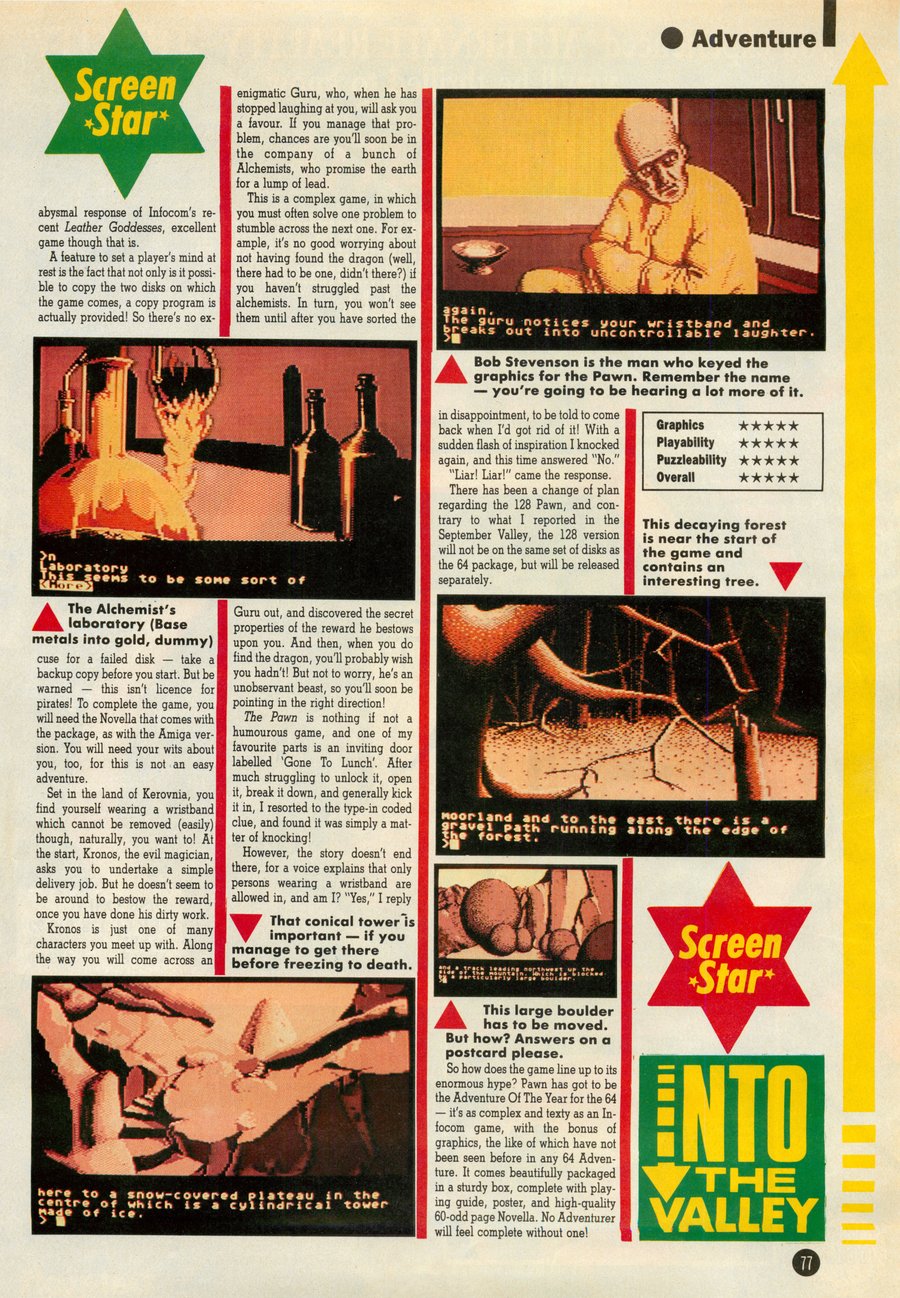 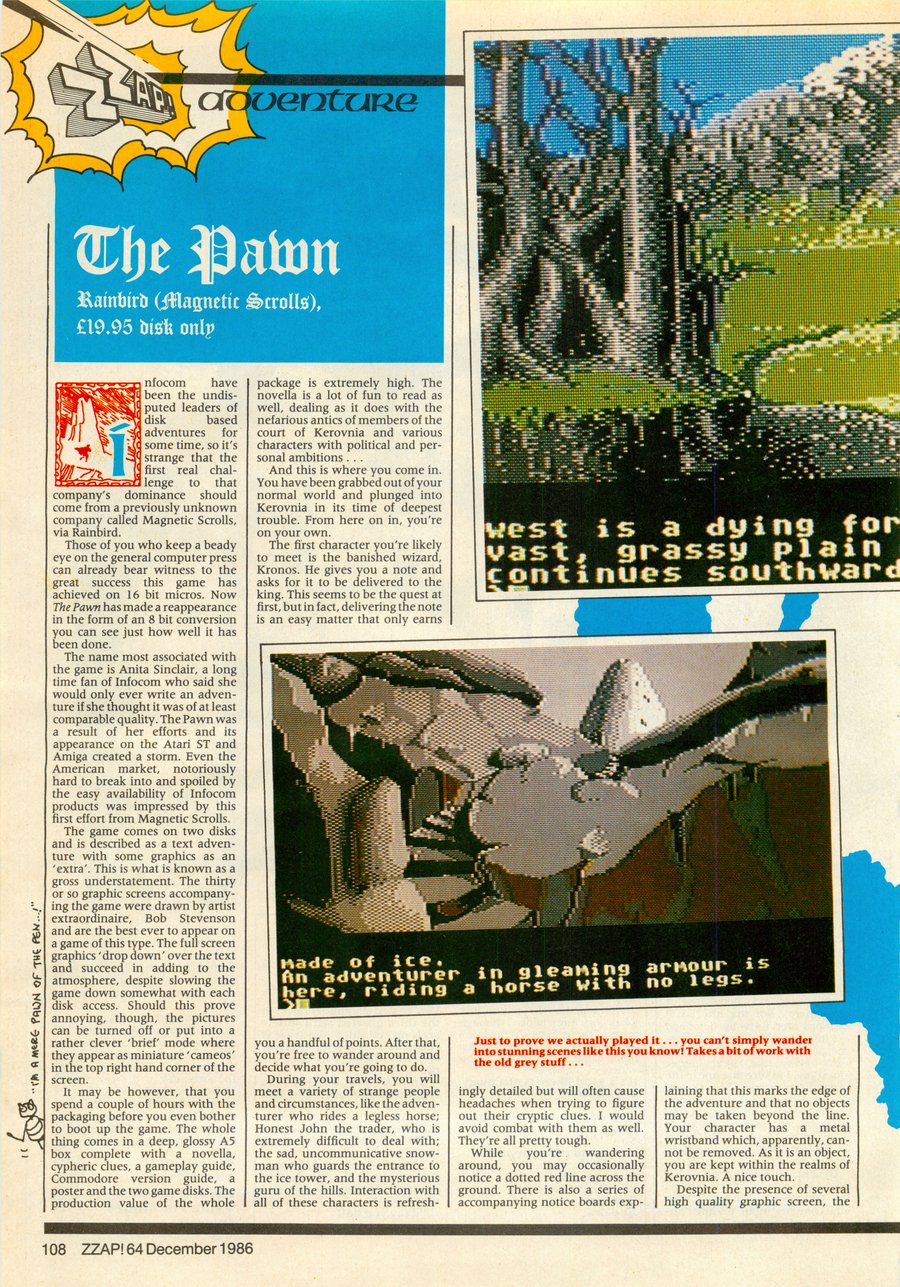 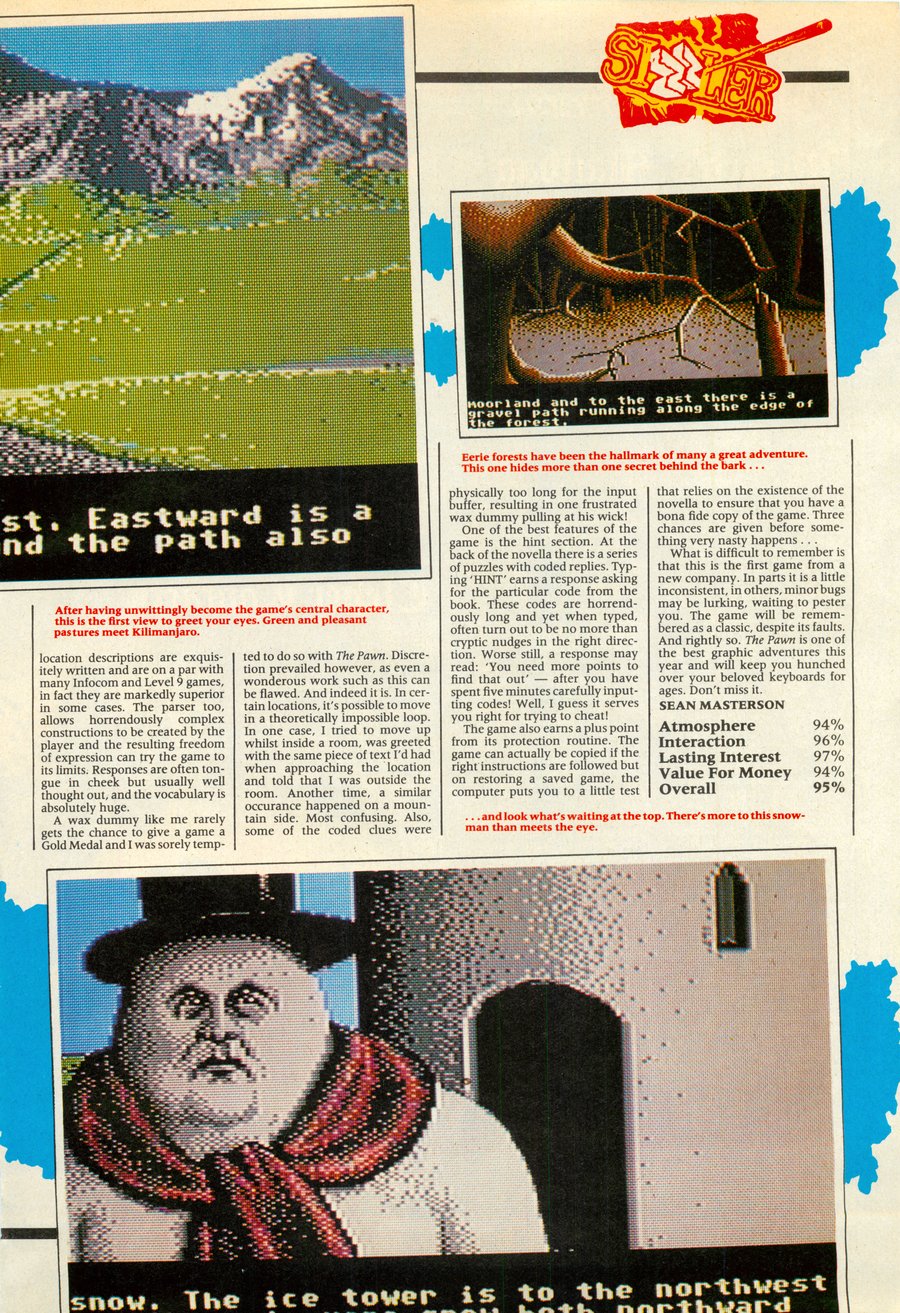 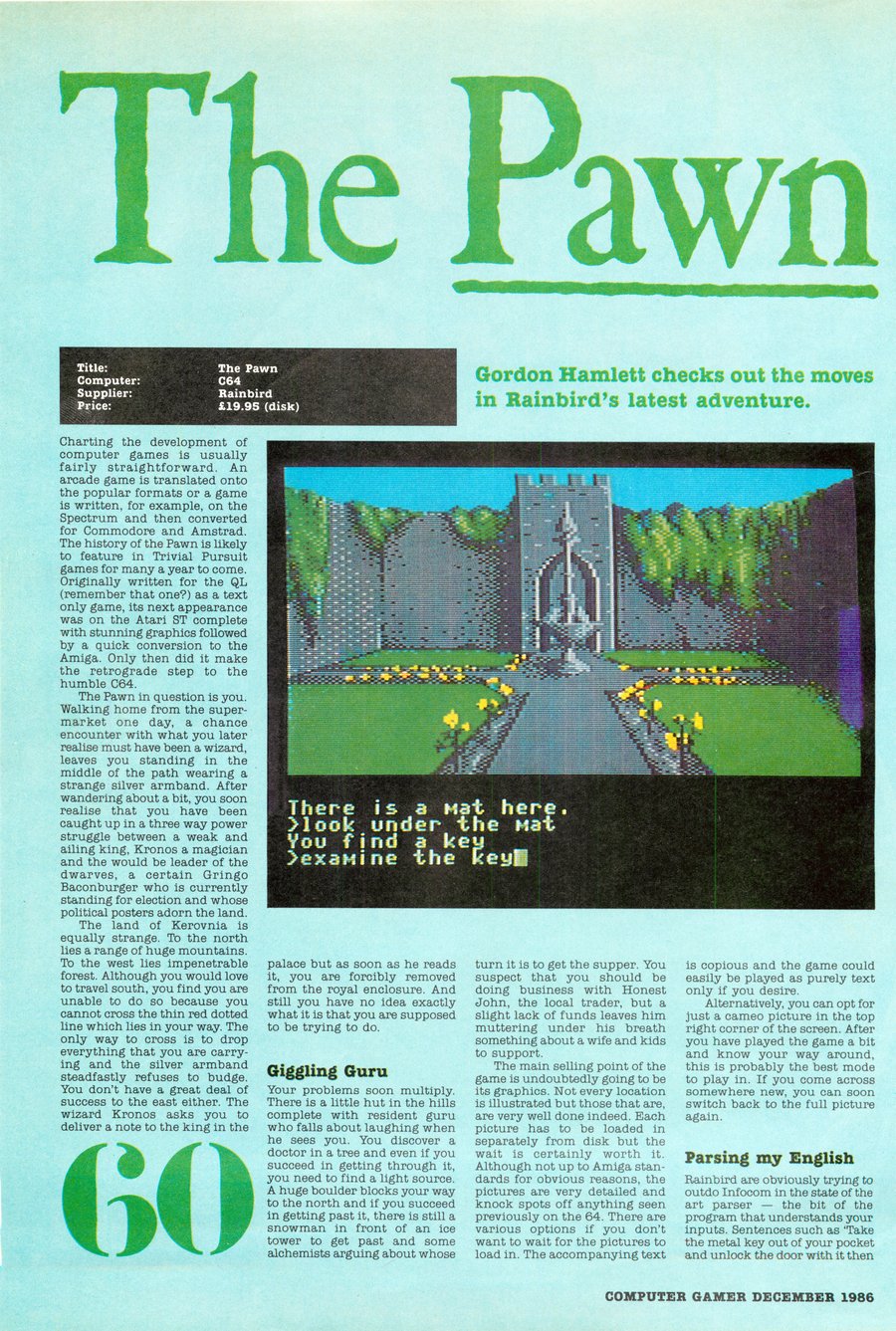 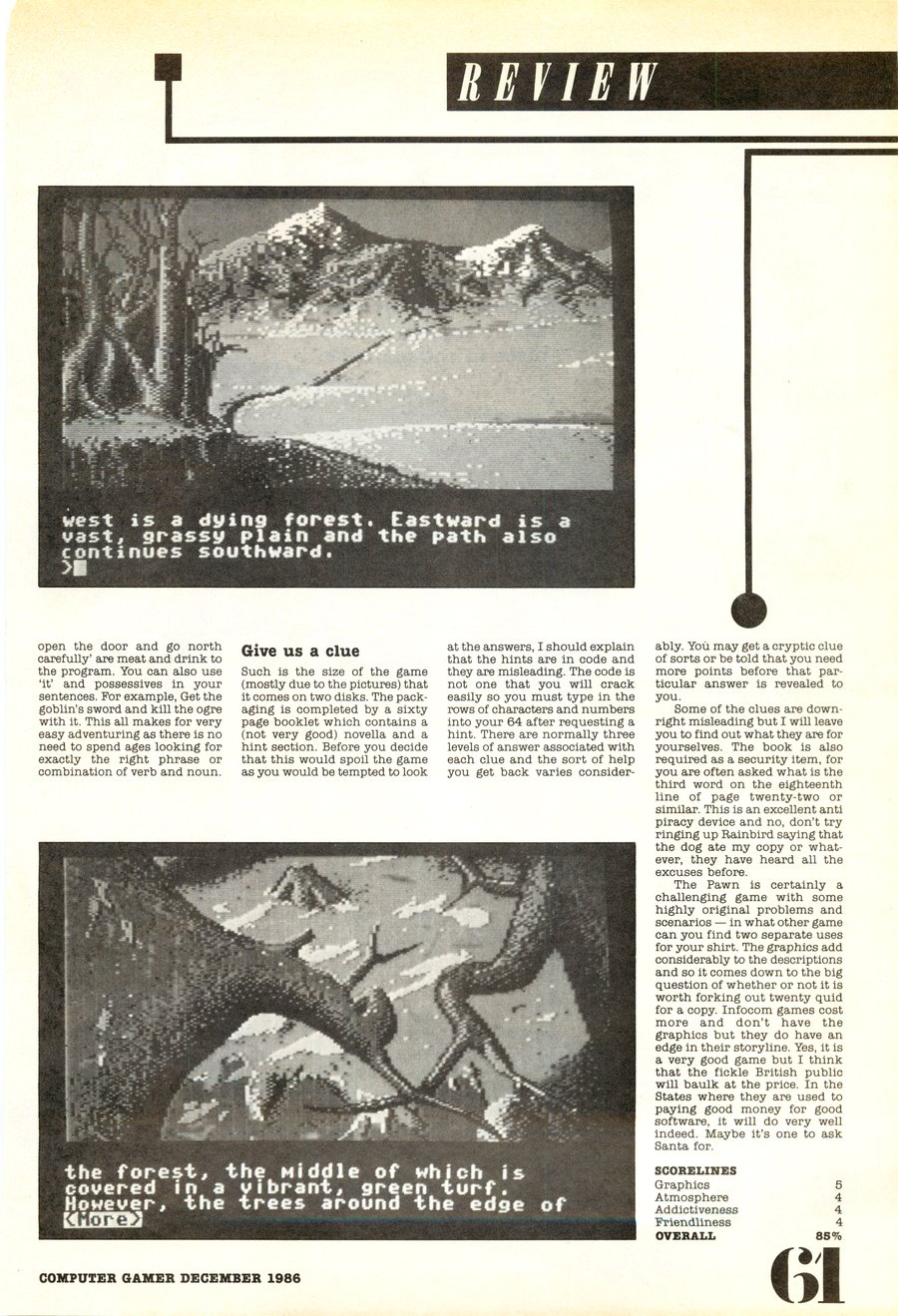 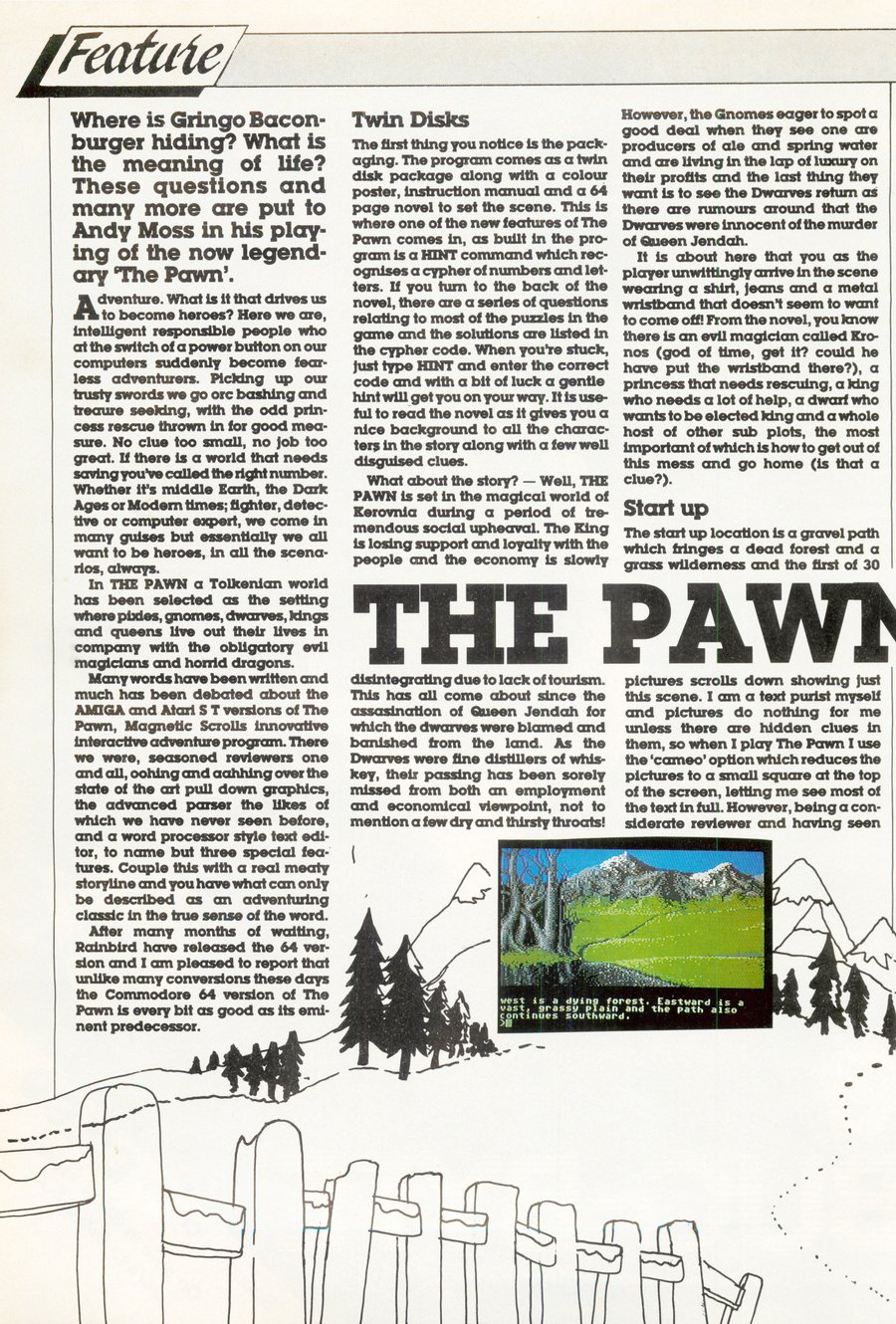 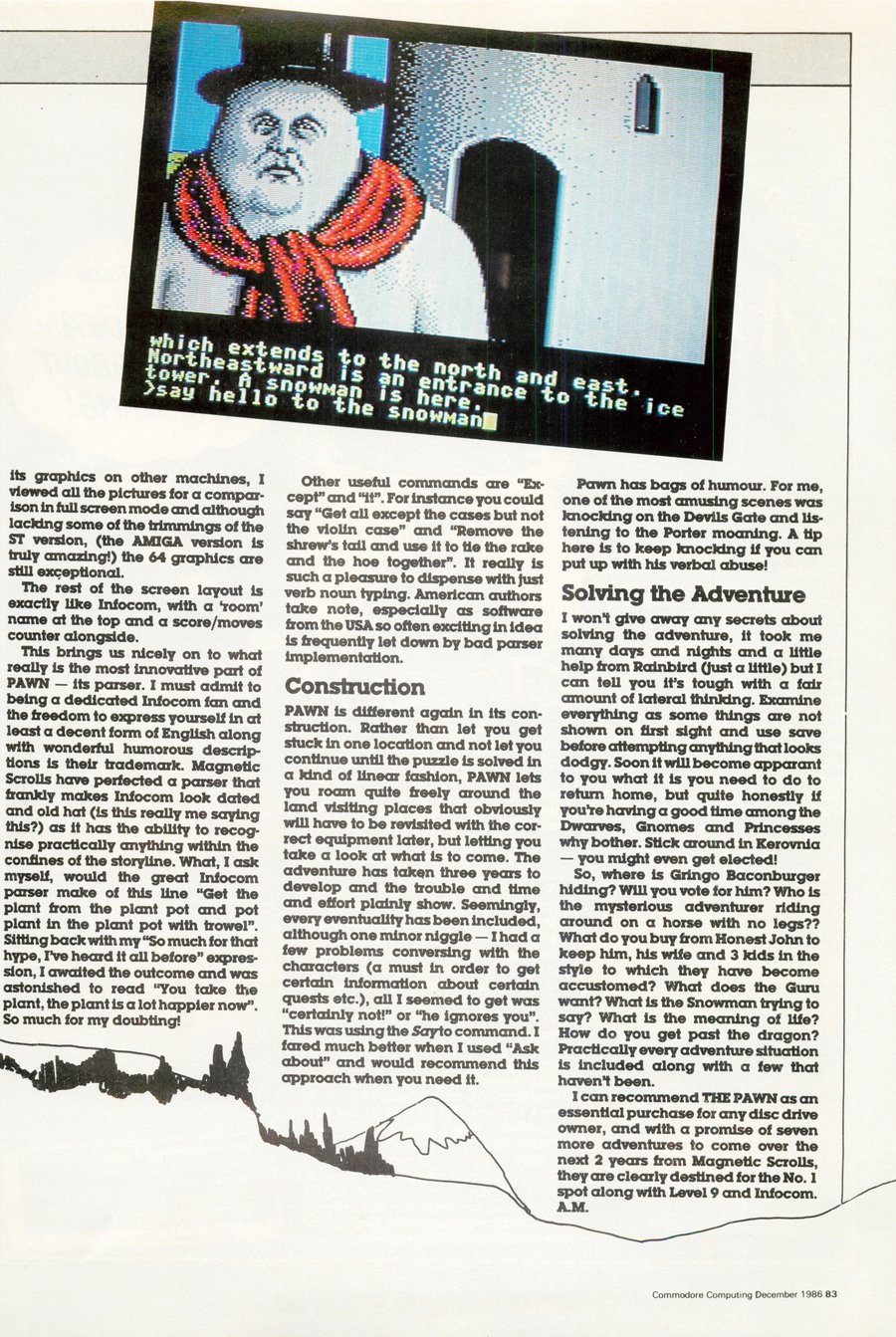 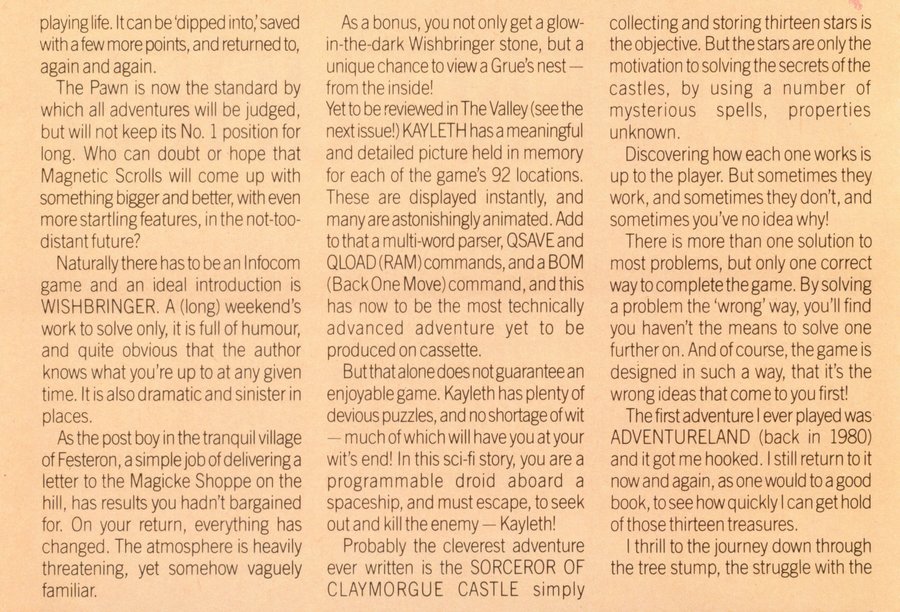 There are a few others too.