The Guild of Thieves by Magnetic Scrolls Restored

It's been quite an interesting endeavour to remaster The Guild, and it's been done in the most amazing way - from the original source code, rebuilt using their original build tools.

Following the recovery of the original backup tapes and the "tape baking" restoration made with the help of Rob Jarratt, we were lucky enough to restore copies of the source code for the original games and build tools.

Magnetic Scrolls' games were all built using their own in-house tools written in "C". There would be no hope of rebuilding them without the tools, but conversely, the availability of the very same tools would mean the sources should rebuild and work. Well, in theory!

Nevertheless, some modernisation changes were needed to get the tools to compile with modern compilers (even the "C" language has changed over the years). Then, of course, it was time to see if the original sources would themselves build.

Some config and settings files were either missing or wrong and these had to be rediscovered, but apart from that, the build of the original sources went fairly smoothly. But would it actually work?

The short answer was yes, but we first had to adapt the "magnetic" emulator to support the new binary format (or rather the old one). This wasn't terribly difficult to do and doing so also gave us en enormous boost for the remastering project; we updated "magnetic" to be able to locate internal game variables from the symbol table generated by the build process. Thus it was then possible for the magnetic hosting back-end to access internal game puzzle states, and other variables that previously we could not get at.

This proved most useful in bringing additional information to the UI.

As part of the remastering effort, we've promised all along to preserve the original game code and logic. Consequently, the new releases have a setting where you can switch between modern mode and classic mode.

What this actually does in classic mode, is switches off our puzzle helpers which normally give the player hints and suggestions during play. But now it does something else too; the classic vs modern preference is passed down to the game code where bits of the original logic can be switched in and out in favour of new versions or changes we've added to the game itself.

The modern mode additions are actually good improvements. For example, The Guild did not originally have a complete implementation of the verb swim. A later, and more compete implementation has been transplanted (from Fish). So, for example, you can try to swim in moat. If you switch to classic, this version is switched out and replaced by the original. We'd like to think modern mode improves the game. But to preserve the original, you can always switch back to classic regardless.

One small caveat is that actual bug fixes made to the original game are not switched out with classic, since this wouldn't make a great deal of sense. Believe me, you do want those fixes!

If you're interested in looking at the original game source code or tools yourself, check it out here. 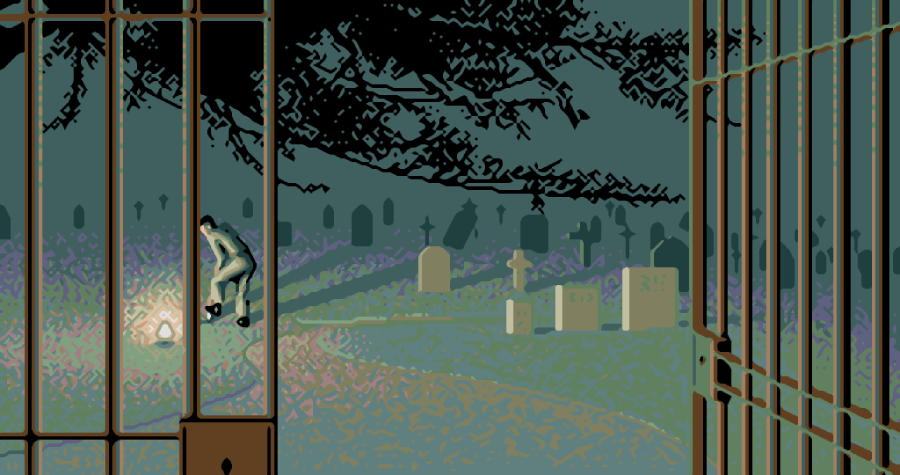 Back for The Pawn, we did a lot of work to improve the appearance of the original artwork. We didn't make any image alterations, but instead, the default settings applies pixel upscaling algorithms to improve the overall appearance and reduce jaggies.

For The Guild we've gone a step further and brought back the image animations that were released in the Collection Edition.

Small improvements have been made to the map. Dark areas are shaded and small up/down indicators have been added to show map connections that can't be drawn due to up & down movement conflicting with 2D space. 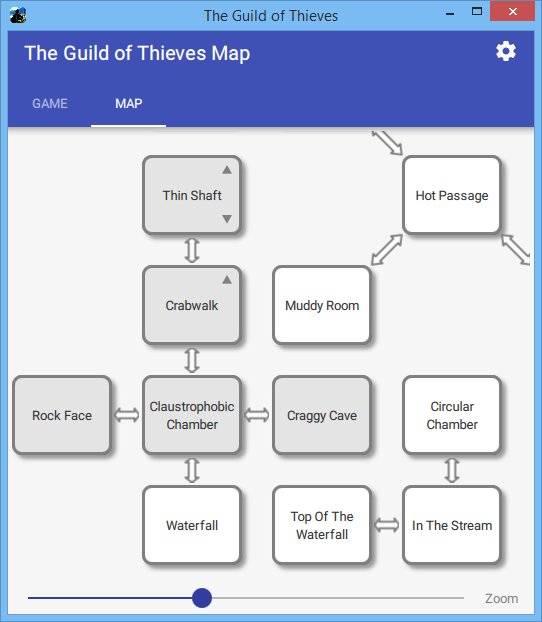 The same indicators are added to the compass rose, and if tapped move up and down. Simple, but useful.

New! to The Guild is the word suggestion bar. This pops up just above the input box whenever you start entering text. As you type it suggests words, just like predictive text works on a mobile. Except the words suggested do not come from a canned dictionary.

The word suggestion bar learns the game as you play. It will never suggest a word for something not yet encountered in the game, or else it might become a spoiler. The suggestions are also ranked by relevance with the leftmost word, the one the game thinks is most appropriate.

Click/tap on any word from the suggestion bar to copy it to the input line. On desktops pressing TAB will automatically insert the best suggested word. eg. guild in the example below. 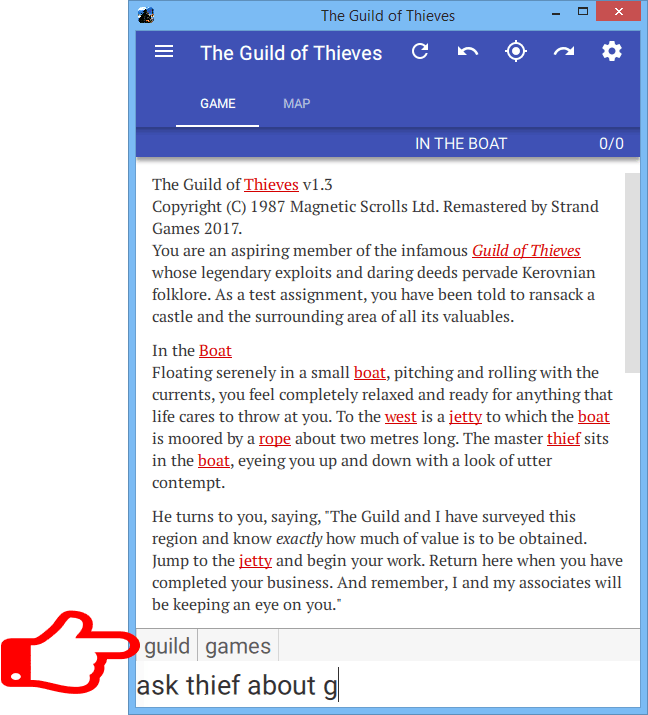 All the other cool stuff we did for theming, dark mode and fonts are here again for Guild, so you can customise your experience significantly. All in all, other great step forward for both remastering and our IF platform.

To cover costs we're asking GBP 1.49+VAT. By buying this product, you're supporting the project so we can continue to remaster retro IF and, if things go well, develop new material and sequels.