The Magnetic Scrolls interactive fiction of the 1980's had pictures. This was a new thing! Interactive fiction - or text adventures back then did not (generally) have pictures; and those that did were usually quite poor.

The idea was that a picture worked like an illustration in a book, and would typically depict a specific point in the story. This, at first, seemed reasonable, but later on, as peoples' graphic expectations grew, people would complain that the pictures did not change when they returned later to the same location under different circumstances.

Of course, there could have been a second picture, but the problem was that there were always less pictures that places or situations anyhow and effort was better spent on a totally new picture than a variation of an existing one.

The problem of producing good pictures was exacerbated by the fact that the graphic capability of most home computers back then was, by today's standards, just terrible.

The pictures were drawn by hand with artists setting individual pixels manually with the mouse. Using photos wasn't really feasible; firstly, digital cameras weren't available and secondly, even if you could take a photo, scan it, then processes it, the result would look poor at the low resolution and colour count required.

The top picture is a hand-drawn image from The Guild of Thieves, and the one below it is a photo that's been scaled down and reduced to 16 colours (including black). Actually, the photo isn't too bad, although it's considerably noisier than the drawing. Real photos also contain too much clutter to be effective at low resolutions. For example, here we would be better off without those trees (like in the drawing). 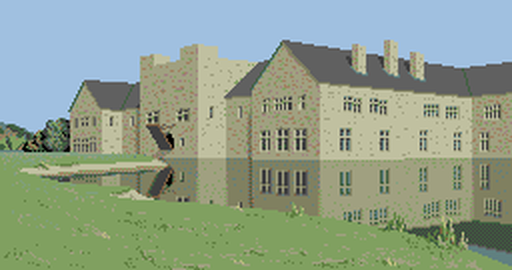 We also learn another trick from artists' drawings - use pastel shades. We always used to wonder why artists of the day preferred "dull" pastel colours. Turns out a palette of pastel shades best approximates most scenes, when a low colour count is required.

Some years later, the octree colour quantisation algorithm was discovered (invented by Gervautz and Purgathofer in 1988). Using this to colour reduce a photo results in roughly same pastel colour shades chosen manually by artists. In fact, the photo above was almost certainly reduced to 16 colours by that algorithm, because you can see the colours are somewhat desaturated.

With a good digital photo, octree colour reduction and a bit of post processing, it would probably be possible today to make suitably low resolution, low colour images for yesterday's PCs. But neither, digital cameras, effective colour reduction algorithms nor Photoshop existed back then!

The example pictures above have been doubled in size (actually four times the area if you count both width and height doubling), because otherwise, they're just too small on modern displays. But they're still too small and really we need to double-double them, ie 4 times both the width and height. That would bring them up to 1024x540 - which is still tiny compared to your 16M pixel phone camera.

But, the problem is simply scaling up retro low-res images results in horrible pixelation as each pixel has increased by an area of 16. You get those terrible jaggies.

Here is a drawing from The Pawn, scaled up to 900 pixels (nearly x4). Notice the exacerbated jagged edges of the curtains and the figure looking out of the window.

Can anything be done about this? 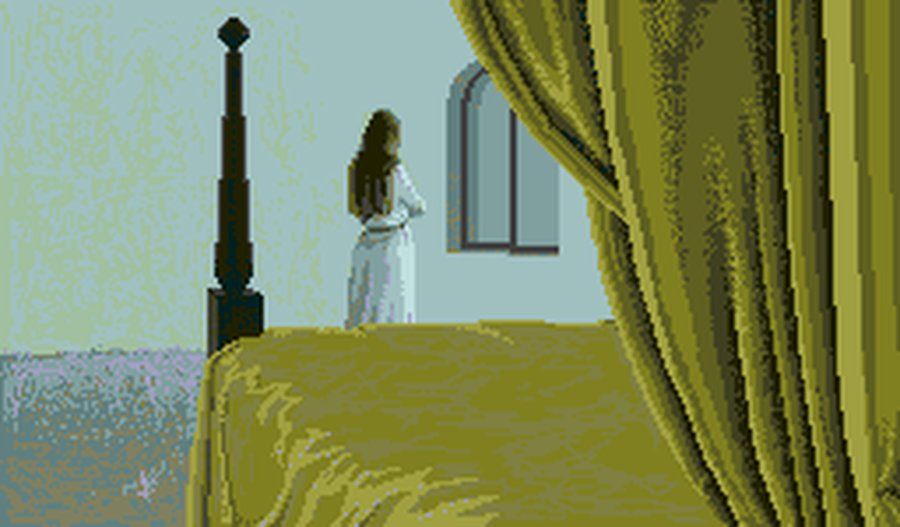 It turns out, somewhat surprisingly, yes, it can!

There are new algorithms appearing, specifically designed for Pixel Upscaling that abrogate this effect, which have been used successfully on the graphics of retro games.

Stefan started experimenting with these algorithms on the Magnetic Scrolls' artwork and got some impressive results.

Here is the above picture after treatment with XBR4. The algorithm isn't magic, but I think you'll agree, it's a lot better. The jaggies have almost gone, for example. 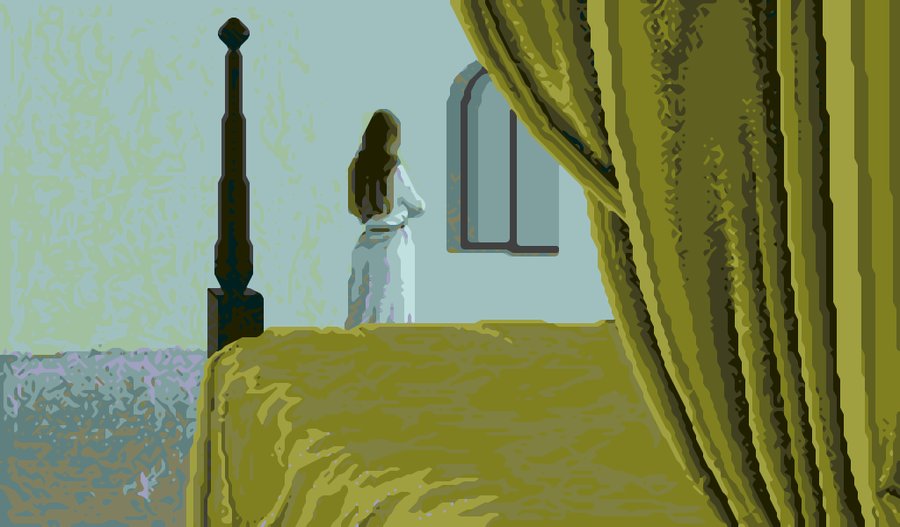 And here are the Palace Gardens from The Pawn, scaled up; 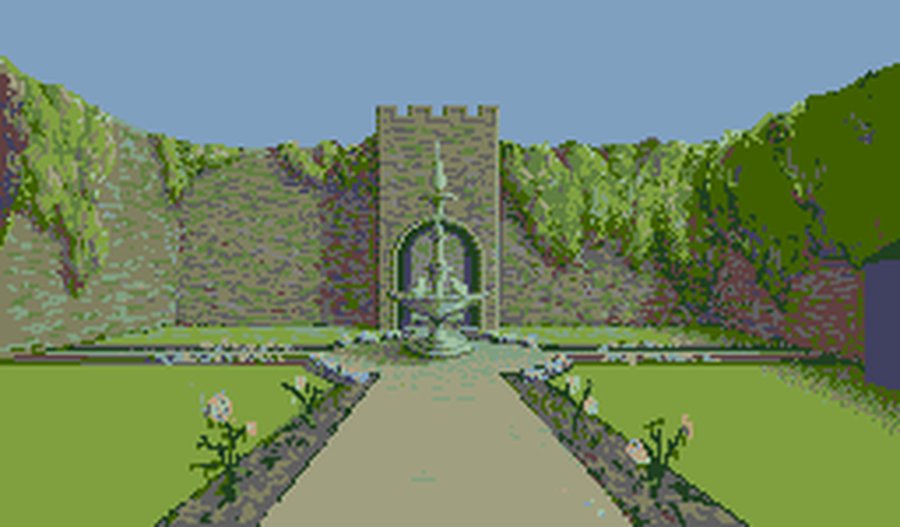 And, to compare, here's the enhanced version. It's clearer with a lot less noise. 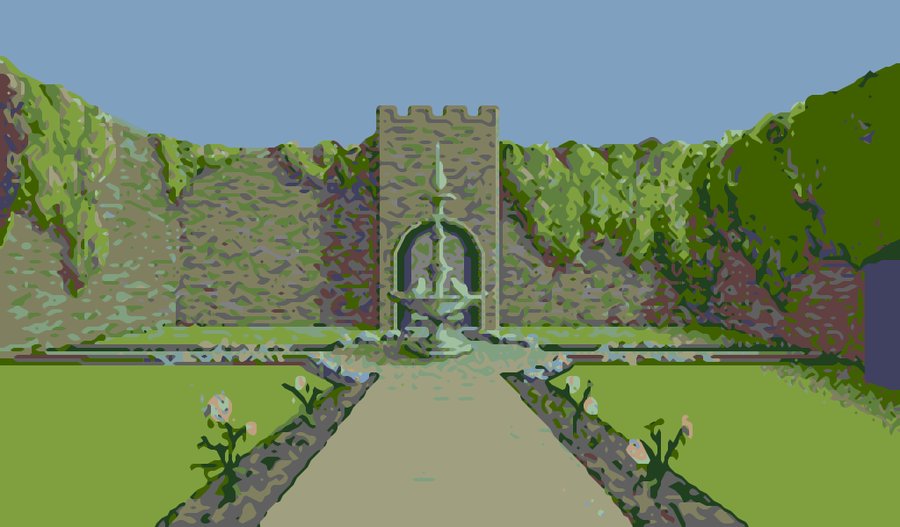 Here are a couple of examples from The Guild of Thieves using the same processing; 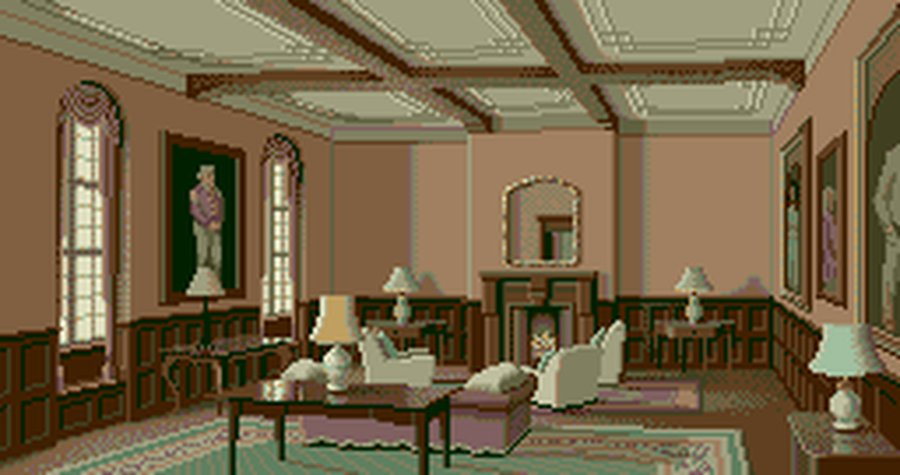 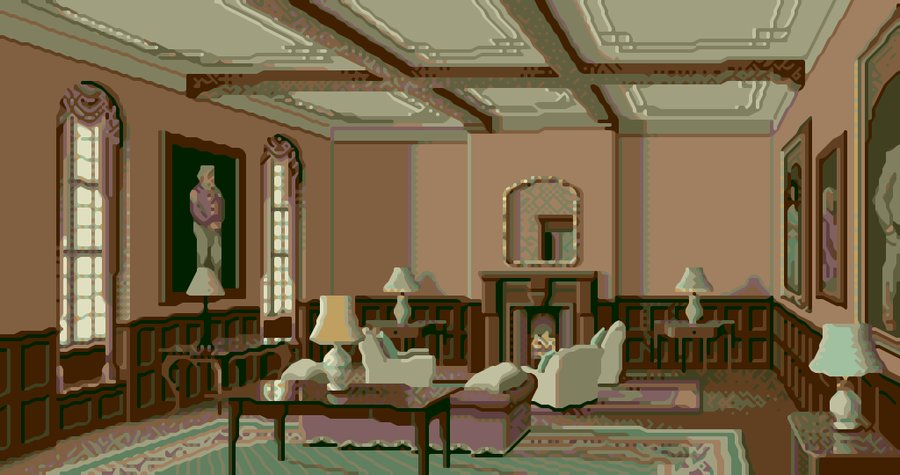 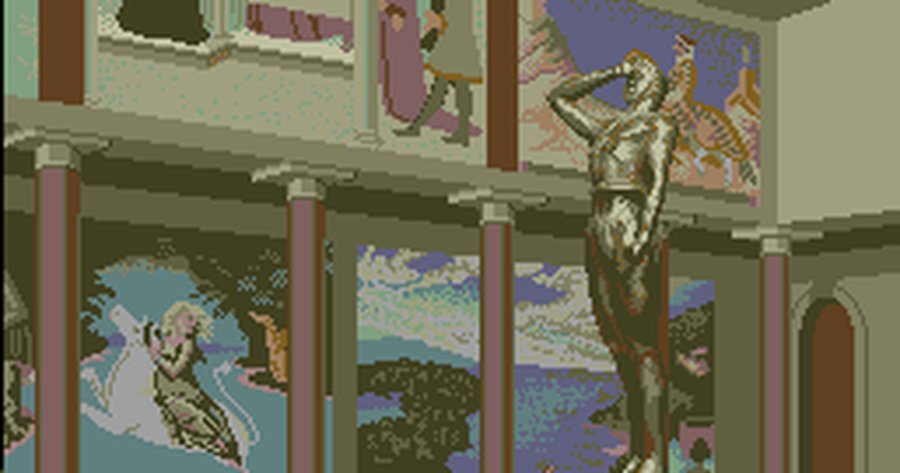 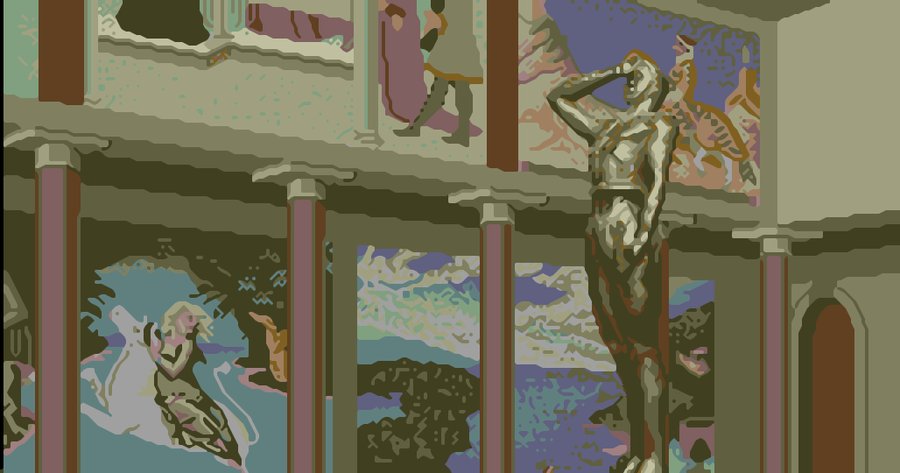 I think you'll agree, this is a significant improvement. So, these enhancements are going into all the remastered games. We also plan an update to The Pawn soon with the improved graphics.

Source code for the XBR, HQ4, SXBR and XBRZ experiments is here, for anyone interested. 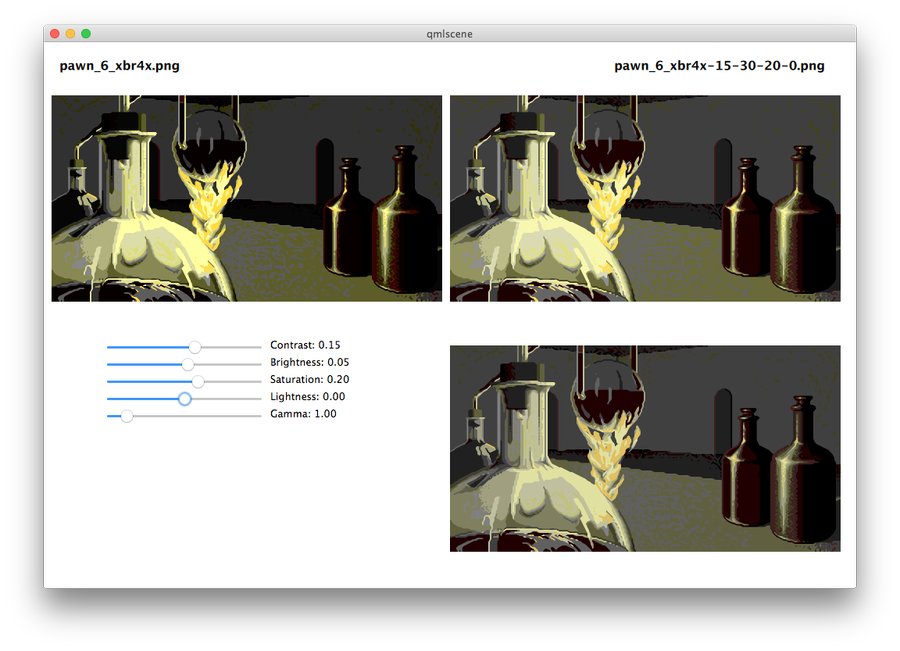 For those that are thinking, OMG they're going to ruin the originals, note that all these enhancements are done in realtime on your device (we're not changing the images actually stored). So you'll be able to switch these on and off as preferred in the settings (cool huh!).

Ideally, we'd like to offer people the ability to tweak their own colour preferences with sliders (as seen above). That won't be in the next release, but maybe the one after.