This is Part 1 of a series of articles on Strand Games' IF authoring technology called Strand. Strand is a domain specific IF language and runtime.

With it, you can easily make parser IF, choice IF and anything in between with no programming. Deploy to mobile, desktop or the web with a GUI supporting pictures, animation and sound. 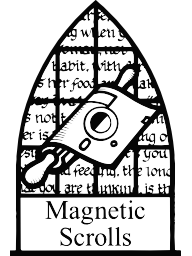 Strand does not claim to be more capable than other systems, nor does it claim to be better or have more features. Instead, Strand strives to be quick and easy to use while following simple ideas.

Anyone can use Strand. Write your game in your favourite editor, then run it immediately! And it's open source! 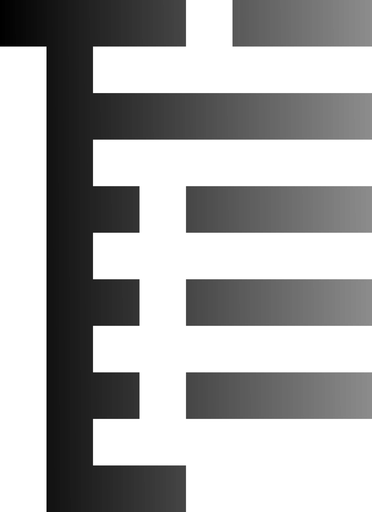 Terms and Flow are fundamental concepts. Flow is the way in which the event sequence of a story unfolds and terms are the initiators of flow.

Here is a story:

OK, not a very exciting story (or even very original), but it illustrates a term and some flow.

Anything in capital letters is a term and the rest is flow.

STORY is a term and the text, "Once there were three bears, they all died! The End." is its flow. Let's run this story and see the output;

Once there were three bears, they all died! The End.

This produces the exact same output as before, except now, ONCE and THREE are terms which emit their own flows (in this case just the words "Once" and "three" respectively).

Now, we can give these terms branching flow using selectors. For example:

Now we get random stories, each time we run!

Once upon a time there were five bears, they all died! The End.

A long time ago there were four bears, they all died! The End.

So, just with these bear-bones (sic), we can already make stuff:

A long time ago there were five bears, they were forced into lockdown in their garden shed. Unfortunately they were poisoned by a little blond girl and died. It's all over.

Once upon a time there were two bears, they all lived in a woodland shack. Unfortunately they were poisoned by tainted porridge and died. It's all over.

Once upon a time there were four bears, they were forced into lockdown in their woodland shack. Unfortunately they contracted tuberculosis and died. That's the end!

A problem with random selectors is that sometimes you need to pick something at random and then stick with it. For example, a person's name.

Here's an example where we want to be random, but maintain consistency;

In this example, the terms MARY and LAMB have the indicator ! after their definition, but not their usage in the STORY.

The ! indicates the term is sticky.

A sticky term is one whose flow occurs just once and thereafter the flow output remains the same.

Larry had a little puppy its fur was green as grass. And every where that Larry went the puppy was sure to go.

Harry had a little chicken its tail was red as blood. And every where that Harry went the chicken was sure to go.

There are other indicators you can apply to a term such as ones to control the ordering, the randomness and so on, We'll cover those later.